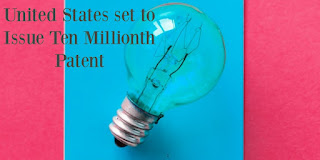 Patent 10,000,000 is indeed something to celebrate.  It is a testament to the millions of inventors who have made the United States the world's foundry for good ideas. The future of the patent system in the United States is uncertain, but we should all take pride in the system, decisions, and innovations that brought us to where we are.
Posted by Gary Shuster at 2:15 PM