Who is running the USPTO?

Since Donald Trump's inauguration, there has been confusion about who is running the USPTO.  The USPTO's site says it is Michelle Lee, but the Department of Commerce's site (which is in charge of the USPTO) says the position is vacant.

Because of a quirk in federal law -- requiring that plaintiffs sue the director of an agency and not the agency itself -- there is a real urgency to finding out who the director is.  Inventors have a right to ask the federal courts to review certain agency decisions -- but it is unclear whether that right can be exercised if you don't know who to name in the suit.

Because of the importance of the question, I wrote up a Freedom of Information Act request and submitted it on January 26, 2017.  The response was due today, but instead of a response I got a notice saying they were taking an extra ten days to respond.

This is, at best, bizarre behavior from a federal agency.  The public has a right to know who is running the government.  In my opinion, the two most plausible explanations are both bizarre and scary.  (1) The agency itself does not know who is running the agency; or (2) The agency is keeping the identity of its director or acting director secret for as long as possible.  Both explanations reveal deep dysfunction.

I have produced today's agency response below: 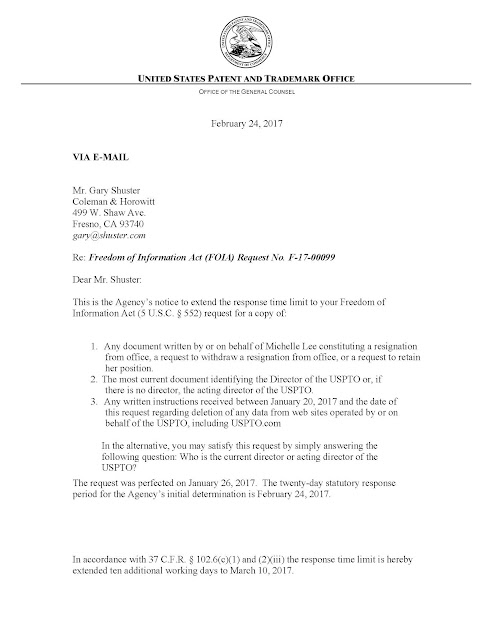 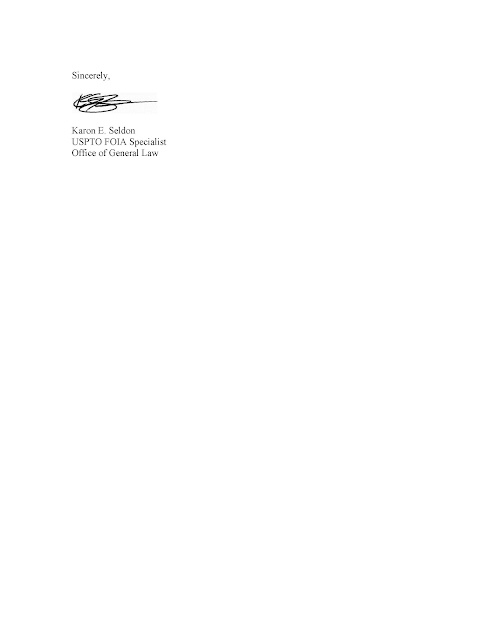